Correlative action between different groups of people in one community or group of communities is essential to establish identity and culture, which are being interchanged today.

The various nexus that tug at our social connections, which are made up of everyday events, ranging from social to economical to religious to political, etc., create a halo of doubts surrounding customs and traditions. Time governs the sequence of events and the production of culture, while it simultaneously ends their continuation through some conclusive or changeable event, which gives birth to a new matrix of events. The voice which once traveled short distances through various means and the use of carrier pigeons would arrive at its destination only to have been gradually diminished. However, today’s voice has turned up its volume to travel across continents and soar to the satellites in outer space. Contemporary languages are communicated through connection: by understanding one another, the expression: to classify our understanding, and action: which proves our existence.

We wake up every morning to pursue our daily routines which we or others have established. We dress up and have some coffee or any other beverage with breakfast. Some skip breakfast, hop in the car, listen to or read the news and dash off to work or idleness till the end of the day. Will a new invention or addition create a pattern in our lives or diminish in a limited amount of time before luck strikes and it becomes a pattern?! The fun lies in our future deeds.

Hussain Al Ismail is a Saudi artist who devoted himself to express his thoughts, societal issues through arts since 2007. He started from Theatre Club and fine art club in college and had a great opportunity to work as a cartoonist with the university media center. Later, he occupied different positions with private companies in the creative industry. His last occupation was the gallery manager in Desert Designs Gallery in Alkhobar before he moved to Canada in 2015 to study fine arts. 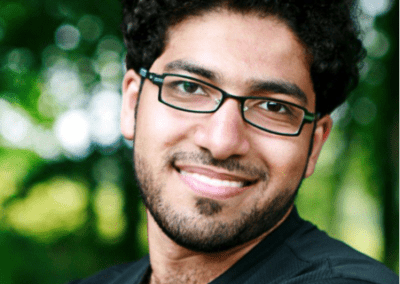 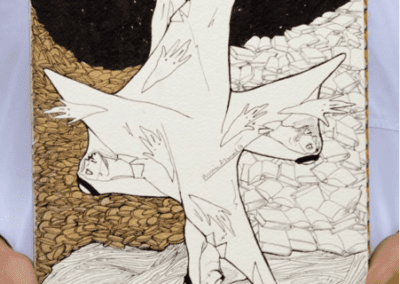 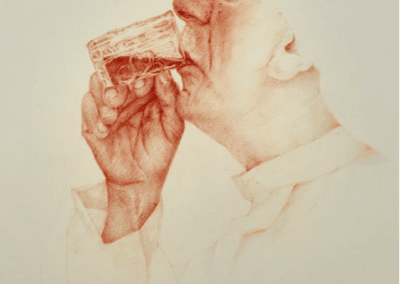