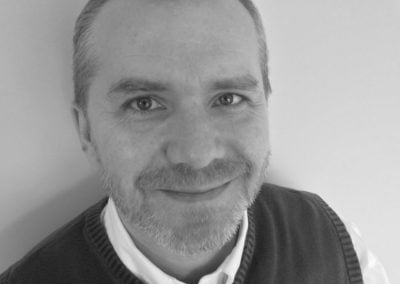 Last Month at North York Arts, we celebrated our first anniversary of becoming a charity. The year was significant to say the least; it was full of growth in our programs, partnerships, and within the organization. We’re proud and eager to share these milestones with the North York community!

In light of this anniversary and our first annual general meeting taking place this month, I sat down with our board Chair, Kristopher Dell. Kris talked about his career in the arts, his love for North York, and the exciting plans ahead for North York Arts.

Tell me a bit about yourself and what led you to a career in arts and culture.
I am presently the Director of Production for Civic Theatres Toronto in addition to my volunteer role as the chair of the board for North York Arts. I have been working professionally for 25 years and doing shows is literally all I’ve ever wanted to do.  I guess I got the bug while I was in high school; acting in the drama club and things like that. When I got to University (I went to York University for Theatre), they encouraged us to learn a little bit of everything. This meant that I got to do production, and I never looked back.  I studied set design, I studied lighting design, I studied sound design, and I was working before I even finished school.

What drew you to get involved with North York Arts?
I spent a lot of my career working with community groups and not-for-profit arts organizations. I grew to feel very strongly that it was important that people have access to professional arts services – which is exactly what North York Arts is.

What inspires you most about the North York arts and culture community?
It’s diversity; it’s almost infinitely diverse. That gets me really excited because it means that there’s so many possibilities and so many different kinds of shows. I personally like being exposed to new and different kinds of things, and I like the idea that those things could actually cross-pollinate. So, you might see someone singing in farsi, to a hip hop beat, while there is someone doing a painting on stage inspired by that. That’s fascinating for me.

What kind of growth do you see for North York Arts in the next year?
I think North York Arts has a real opportunity in the next year to expand its development programming which is really providing the mentorship and professional level services specifically to youth and also to newcomers. I think that’s really exciting. One of the ideas we’ve talked about is establishing a more permanent presence outside its home office. We want to establish satellite locations through building relationships with local libraries and things like that, and that is also really exciting.