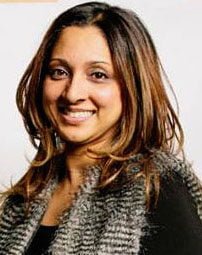 It goes without saying that North York has an amazing arts and culture scene. As the Development and Communications Coordinator at North York Arts, I am lucky to work with this creative community and, with the start of the new year, I am excited and curious about the possibility of growth in the sector.

With this in mind, I decided to sit down with my boss and Executive Director of North York Arts, Lila Karim, to understand her drive to progress the arts sector in North York, and to hear her personal and professional aspirations for the community in 2018.

Where does your passion for the arts come from?

It’s been inherent since childhood. Creativity has always been a part of my world in terms of studying photography in high school, being in drama groups, and getting involved with multidisciplinary arts programing. Over the years, I’ve built connections with the arts community, and I’ve realized that art is really about story telling. Whether it’s through dance, film, visual art, or any discipline, I’ve developed a passion for giving artists the platform to share their stories.

What is your connection to North York?

I grew up in Thornhill and I spent a lot of time in North York attending events at Mel Lastman Square and at the Toronto Centre for the Arts. Now working in the region, I’ve developed a greater understanding of the vibrancy of the arts outside the downtown core.

How would you describe North York’s arts and culture landscape?

North York has an incredibly diverse arts and culture community. With close to 1 million residents, there are countless artists, arts groups, and initiatives produced by people of all different ages, cultural backgrounds and, life experiences (not to mention, the amazing artistic diversity in the region). I get excited about the possibility of showcasing these perspectives and art forms.

What are your aspirations for North York’s arts and culture sector in 2018?

Within the last six years, I have seen so much artistic growth in North York and I would like to see even greater engagement. This year at North York Arts, we want to ensure that we continue building artistic connections in every ward in the region, and that we are providing accessible and inclusive programing for the entire community to engage with and enjoy. I think it’s going to be a great year!

Lila is the founding Executive Director of North York Arts. She has over an 18-year career in the cultural sector and has worked for several non-profit arts organizations including the Toronto Outdoor Art Exhibition, ReelWorld Film Festival and The Harold Greenberg Fund.