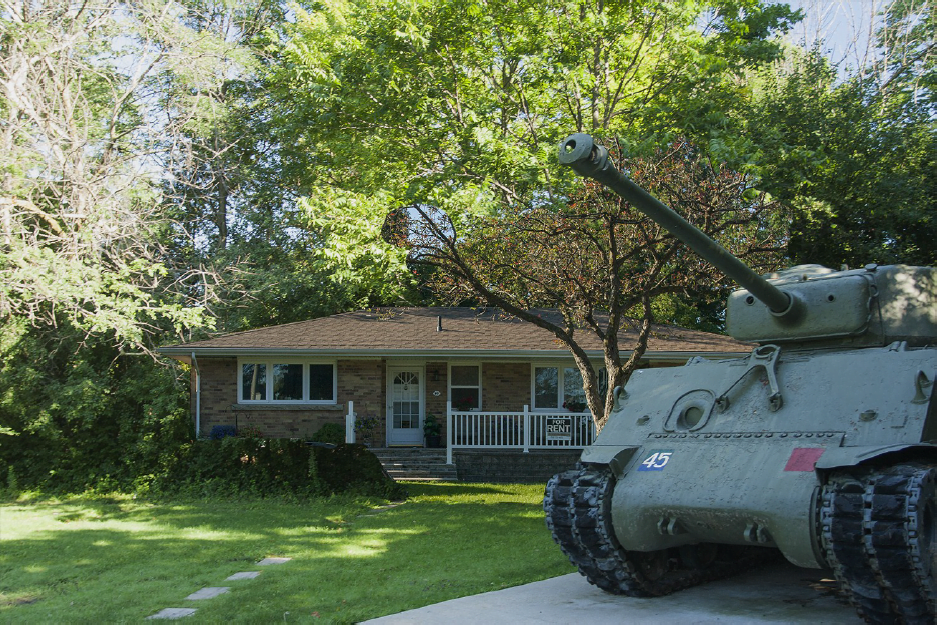 Ghosts of Monsters is a photographic installation of neighbourhood architecture, a representation of evolving tastes and an expression of shifting cultural capital. This three-year-long project observes how communities express themselves in outer urban contexts. It is grounded in two photo series, Ghosts of Monsters and ParkHome.

Ghosts of Monsters and ParkHome Details

Ghosts of Monsters
Artist Paola Poletto set out to photograph postwar homes for sale in a one kilometre square section of north Toronto known as Willowdale with the intention of returning to re-photograph the various sites after they were sold. Her goal was to combine the images of the older homes before their demolition (a.k.a. the “Ghost”) with the newer and much larger multi-level Neo-Eclectic replacement house (a.k.a. the “Monster”) that would inevitably assert their position on the various sites explored. This resulted in a series of 6 composite images overlaying the two types of homes on top of one another.

ParkHome
For the ParkHome series and bookwork, a street composition of 56 homes along Park Home Avenue combines the diverse front façades as viewed from the street with a backyard view of their collective landscape taken from the perspective of the adjoining cemetery. The conceptual narrative begins and ends with a military tank pointed toward City Hall, Queens Park, Lake Ontario, Tarontha, Taronto, Toranto, Torento, Toronto, Toronton, Tkaronto – “where there are trees standing in the water.”

The project set out to reflect the diversity of settlers, represented by their domestic architecture. The absence of bodies in these photographs avoids documentary as an endpoint. It is impossible to see neither ghosts nor monsters when viewing the source images independently. But when they are superimposed as a photocollage, we enable our imaginative eye to see into fluctuating and impermanent worlds that surround us every day. Indeed, a narrative that disrupts the idea of the colonial “heritage home” is also implied. And Willowdale’s most commonly used languages —English, Chinese, Farsi and Korean—are preset alongside the photo collages within the bookwork, considering multiple voices through the process of translation.

Paola Poletto’s work shifts between DIY and institutional-based practice. Comfortable in both artistic and creative paradigms, she is consistently fascinated with representations of collaborative productions where visual constructions are transformed into rigorous narratives that express multiple points of view. Paola’s independent practice includes photography, bookmaking, installations and project management. She is the independent curator of several art/lit projects which include: Kiss Machine (2000-5), Inflatable Museum (2001), Girls and Guns (2004), Boredom Fighters! (2008), Tel-talk: art interventions in telephone booths (2012) and Oh Dear: public art (2013).

Ghosts of Monsters is produced by Paola Poletto with Flavio Trevisan, Brendan George Ko and Paul Hong. Writer Paul Hong contributes a speculative fiction set amongst the urbanscapes explored, photo-based artist Brendan George Ko worked with Paola to create the photo collages, and artist and founder of Hex Editions, Flavio Trevisan, collaborated on the design and production of the bookwork, PARKHOME, for OOL imprint. 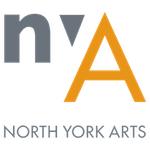 Julián Carvajal (he/him) is a Toronto-based award-winner creator & producer of experiences. This Queer Latinx Colombian Canadian Arts Manager/Producer has over 21 years of experience managing, curating and delivering arts festivals and cultural events. He is the Event Producer of the largest PanAmerican Food and Music Festival in Canada, Mentor in Residence at the Neighbourhood Arts Network while working at North York Arts, StreetARToronto and producing "In My Element(s) Symposia" for ArtWorkxTO.

Julián has collaborated with organizations and artists from 5 continents on multiple artistic projects. He has mentored over 400 self-identified artists for the past 10 years. He is passionate about building meaningful relationships; helping others to navigate the art sector in the city while collaborating with others to co-create an anti-oppressive and more diverse and inclusive vision of the art sector in Tkaronto.

What does art mean to you?

The Big Bang of my life