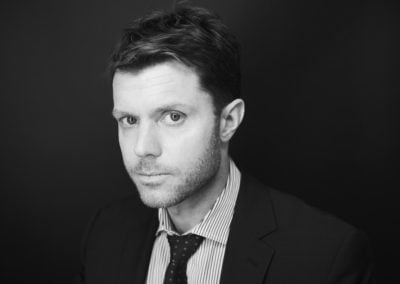 North York Arts and the Toronto Centre for the Arts have been working together for the last four years to bring art and community together in North York.

In 2015, Toronto’s City Council approved the consolidation of the governance and operations of the St. Lawrence Centre for the Arts, the Sony Centre for the Performing Arts, and Toronto Centre for the Arts into one new organization under the direction of a City appointed board called Civic Theatres Toronto (CTT). CTT completed their amalgamation at the end of 2017.

2018 represents the launch year for the company including a new brand and a new program that covers all venues; North York Arts is looking forward to the changes this will bring for the North York community! That being said, I was excited to talk to Clyde Wagner, President/CEO of CTT.

Tell me a bit about yourself and your passion for Toronto’s arts and culture sector.

I have been fortunate to work internationally for many years but also to have the great joy of often returning home to Toronto. Having been the GM and Executive Producer for the Luminato Festival, I was able to partner with many arts institutions across the city and across all disciplines. This wide range of engagement reasserted my solid faith in the quality and vision of the artists of this city. As a cultural business leader it’s my role to not only support this sector locally but also to loudly promote Canadian and Toronto talent to the world.

What has been the most exciting part about the amalgamation of Toronto’s three civic theatres?

CTT can achieve much more as an amalgamated company through economies of scale including the opportunity to better leverage the talented staff that make up our team. By eliminating the inherent competition that existed between the buildings and activating a unified marketing, programming and operations strategy across all three venues and seven performance spaces, we are able to increase usage and revenue to balance the budget and engage the community in a more meaningful way. Together we can create two cultural hubs for the City of Toronto (Uptown and Downtown); both hold the potential to create a lasting positive impact on their neighborhoods and the city as a whole.

How do you envision CTT and NYA working together to support the local creative community?

The challenge to any company like CTT is how to both connect to a professional community of artists drawing audiences for world class talent but also to provide inspiration and opportunity for emerging artists. Having NYA as a partner to assist in making this connection is vital to our success. They are an essential part of the ecosystem as the catalyst for this dialogue and also as a check for CTT to make sure we always keep rooted in our local communities, not just for our audiences. It’s especially helpful that they have their offices in our building and we happen to be good friends and share the same beliefs!

What can North York expect from CTT in the next year?

The aim is to spotlight artistic activity from the north GTA, including areas such as Woodbridge, Brampton, Downsview, Jane and Finch, Willowdale, Thornhill, Agincourt, etc. to the TCA through continuing partnerships with arts groups. It’s wrong to assume that creativity only happens downtown. We know people are inspired by the communities in which they live, and we need to be a space for those forces and a promoter for that talent.