Patrick Walters was born in 1993 at East York General hospital to Joanne and Lloyd Walters . Shortly after his second birthday, he and his family moved back to St. Kitts where his parents still live today. He came back to Toronto at 19 years old, having done a full schooling up to college in St. Kitts and attaining an Associate humanities degree. He started York University in 2012 and graduated with a Bachelor of the Arts degree in Psychology in Fall 2015. During that time, he also began his poetry and arts education career with his focus being on bringing light to social issues and mentoring youth in self expression and identity.

Through this, he has  had the opportunity to perform on many important stages and share his story to a larger audience. In 2015, he spoke to a university class in York about the importance of dreaming and following what is important to you. He also travelled to Montreal, Quebec in October 2015 to speak and perform at the International Association for Youth Mental Health Symposium (IAYMH). There, he was able to share his story and his experiences with mental health and psychology and the importance of self identity for young people living with mental health illnesses. In 2016, he performed at TEDxUTSC with his poetry collective “TheUncharted” with a series of poems that asked the audience to “Dare To Know” themselves better in their communities.

Much of his work as a spoken word artist is personal and looks deeply into his experiences growing up in the Caribbean and how being biracial has defined a large part of who he is as an individual. He speaks on societal issues and shares scenes from his childhood that give you a window to his soul. He explores the intersectionality between race and culture and shares the stories of his life that have come to define him. He uses poetry as an outlet of expression for his issues with society and with self. Through the honesty and vulnerability of poetry, he has been able to find himself and actively take charge in defining the person he is today. 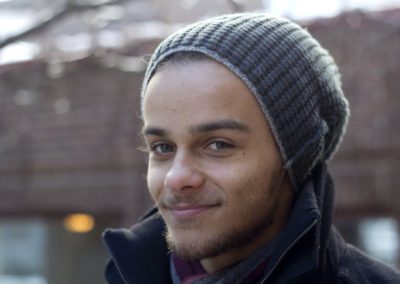 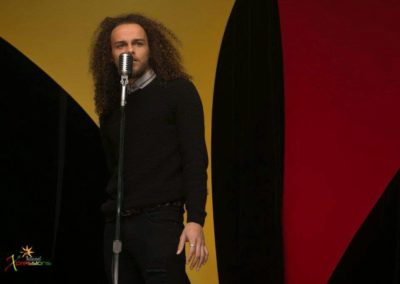