Ahuri Theatre is an award winning international collective of artists that strive to bring together that which is usually separated, and to discover the likeness between things which are thought unlike. Led by Haruna Kondo in Japan and Dan Watson in Canada, the collective creates live performances that have the capacity to include everyone in the room regardless of language, culture and ability. The collective has collaborated with hundreds of artists and organizations around the world, and has garnered 17 Dora Mavor Moore Award nominations, winning 3 awards, most recently winning Outstanding Production and Ensemble for their newest creation This is the Point. www.ahuritheatre.com

Dan Watson
Dan is an award winning artist who has created and performed theatre across Canada, Europe and Japan. He is a co-founder of Ahuri Theatre, Artistic Producer of Edge of the Woods Theatre in Huntsville (Nuit Blanche North), and was a member of Compagnie Houppz! (SplasH20, Mouving-Winner- Eloize Prize, Outstanding Production). Dan has worked with Jumblies Theatre, Theatre Smith Gilmour, Buddies in Bad Times Theatre, FixtPoint, Bad New Days, Why Not Theatre and is currently artist in Residence at the Theatre Centre. He also is Producer of live events and is happy to be producing both Cultura Festival and Sunday Serenades in North York this summer.

Haruna Kondo
Haruna has been acting in theatre since she was twelve years old. In 1997 she began studying psychology at St-Paul’s university, Tokyo. She holds a degree in psychology from St. Paul’s University in Tokyo and a master’s degree in performance from Royal Holloway, University of London. She also is a graduate of l’École Internationale de Théâtre Jacques Lecoq in Paris. Since returning to Japan, she has worked with the Setagaya Public Theatre and the National Theatre of London. She has studied Noh theatre under Noh Actor, Reijirou Tsumura, taken workshops in Nihon Buyo and singing as well as giving workshops in physical theatre in Tokyo, Montreal and Toronto. In October 2006, she adapted Peer Gynt for the 100th anniversary of Henrik Ibsen’s death, and co-created and performed in Yabu No Naka: Distruthted in 2007. Currently she is working as a  collaborative actor at the Yokohama Boat theatre, training in Noh theatre under Kanze Tetsunojo and Karate. She gives workshops for actors at Yokohama Boat  theatre, as well as leading theatre projects with teenagers with psychological & physical difficulties. 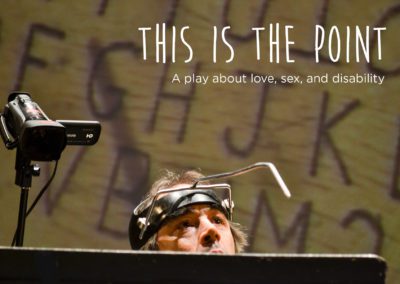