Razak Pirani is an emerging tabla player and artist in Toronto who has studied the North Indian classical percussion instrument under master Ritesh Das for the last eight years. In 2011, Razak joined the Toronto Tabla Ensemble as an apprentice and over the years has become one of the Ensemble’s principal performers. He is now responsible for directing Ensemble rehearsals before concerts and mentoring apprentices. Razak has taught the tabla for the last four years training over 40 students at beginner to intermediate levels and helping develop curricula and formal examinations for the Toronto Tabla Ensemble academy. Having completed his B.Sc. at the University of Toronto, Razak is now actively pursuing the arts as a tabla performer and teacher with the Ensemble and through other independent projects.

Over the next year, Razak will continue his leadership role with the Toronto Tabla Ensemble through their concerts, recordings, and educational activities. He will feature as a performer in the collaborative concert between the Ensemble and Japanese Taiko group Nagata Shachu on April 15 at the Toronto Centre for the Arts presented in partnership with North York Arts. He will also perform in the Ensemble’s collaboration with modern dance group, Kaeja d’Dance, and in their album release concert, both to be presented at the Harbourfront Centre in 2017. Razak will be involved not only as a musician, but in the composition and production of the Toronto Tabla Ensemble’s upcoming album, Bhumika, scheduled for release in 2017.

Razak has pursued projects as a tabla soloist, accompanist, and composer through collaborative works presented at venues including Harbourfront Centre and Aga Khan Museum. This year, Razak is working on a collaboration with Persian Traditional musicians Ostaad Javad Bathaie and Mr. Ehsan Ghaffari, masters of their respective instruments Santur and Tar. They are planning to present a full concert as a trio in spring 2017. This year Razak also collaborated with choral artist, Hussein Janmohamed, and his recently established Awaaz Ensemble, contributing to the composition of a choral piece incorporating elements of the North Indian rhythmic system.

The tabla is an incredible instrument steeped in thousands of years of history and culture. By studying and performing the tabla, I have learned a lot about my heritage and about myself as a person. It is important to me that this tradition be passed on to the next generation of Canadians and I am honoured to be able to contribute to this process through my role with the Toronto Tabla Ensemble. I have been active in writing grants for the Ensemble’s concerts and recordings, helping with fundraising drives to support the Ensemble’s Centre, and developing youth workshops and retreats to foster artistic and community development. 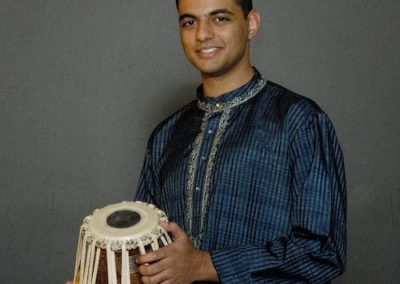 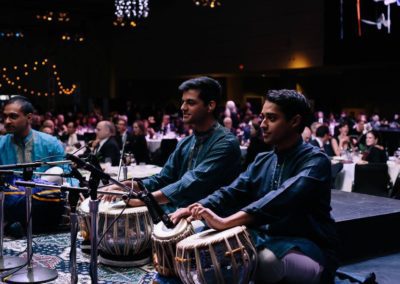